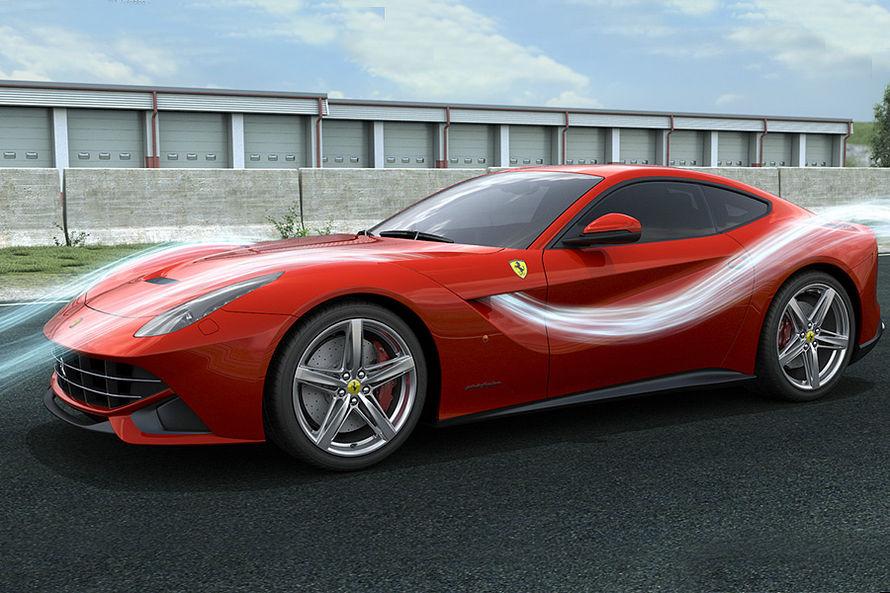 Announcing the F12berlinetta: the fastest Ferrari ever built

The first in a new generation of V12 cars unveiled exclusively on www.ferrari.com

Maranello, 29th February 2012 – Today’s on-line unveiling of the F12berlinetta ushers in a new generation of Ferrari 12-cylinders in the form of a car that delivers unprecedented performance from an exceptional new engine, combined with innovative design that redefines classic themes along with extreme aerodynamics.

Revealed to the world for the first time on Ferrari.com in preparation for its official debut at the Geneva International Motor Show, the F12berlinetta, finished in an attractive new Rosso Berlinetta three-layer colour, represents the very cutting-edge of mid-front-engined sports cars.

This is, in fact, the most powerful and high-performance Ferrari road car ever launched thanks to the incredibly efficient engine – in terms of mechanical, combustion and fluid-dynamics efficiency – which, together with advanced vehicle architecture, aerodynamics, components and electronic controls, guarantee unsurpassed driving involvement whatever the road or track.

Ferrari’s traditional transaxle layout has been revolutionised to match the more extreme performance of the car. The wheelbase has been shortened and the engine, dashboard and seats have been lowered in the chassis, while the new layout of the rear suspension and gearbox enabled Ferrari’s engineers to make the rear volume of the car smaller. The overall result is a very compact car with a lower centre of gravity that is further back in the chassis, and a level of aerodynamic efficiency that sets new standards.

Scaglietti, renowned for its expertise in aluminium materials and construction, designed an all-new spaceframe chassis and bodyshell using 12 different kinds of alloys, some of which have been used here for the first time in the automotive sector, and employing new assembly and joining techniques. This has resulted in a 20 per cent increase in structural rigidity while reducing weight to just 1525 kg (70 kg less than the previous V12 coupé) with an ideal distribution between the axles (54 per cent over the rear).

The F12berlinetta’s 6262cc 65° V12 engine delivers unprecedented performance and revs for a naturally-aspirated 12-cylinder. Its maximum power output is 740 CV which translates to a specific output of 118 CV/l. Torque reaches a peak of 690 Nm, 80 per cent of which is already available at just 2,500 rpm, and which provides an unrelenting surge of acceleration all the way to the 8,700 rpm limit. The engine is mated to the F1 dual-clutch transmission, which has closer gear ratios developed specifically for this car’s performance. The F12berlinetta boasts a weight-to-power ratio of just 2.1 kg/CV .

Fuel consumption has been reduced by 30%, with CO2 emissions of just 350 g/km – figures which put the F12berlinetta at the top of the high-performance league. These results have been obtained by extensive research and development which focused on efficiencies of the whole vehicle: engine, aerodynamics, tyres and weights.

Similarly excellent results have been obtained with the car’s aerodynamic development, thanks to the integration of the design process with extensive computational fluid dynamics (CFD) simulations and lengthy testing in the wind tunnel. Downforce has been boosted by 76 per cent (123 kg at 200 km/h) while drag has been significantly reduced (the Cd is just 0.299). These results come courtesy of two new solutions. The first of these is the Aero Bridge which uses the bonnet to generate downforce by channelling air away from the upper part of the car to its flanks where it interacts with the wake from the wheel wells to decrease drag. The second is Active Brake Cooling, a system that opens guide vanes to the brake cooling ducts only at high operating temperatures, again reducing drag.

The F12berlinetta’s impressive technical specifications are completed by Ferrari’s latest generation carbon-ceramic brakes (CCM3) and the evolution of the magnetorheological suspension control system (SCM-E). As is now traditional with all Ferraris, its control systems (E-Diff, ESP Premium, F1-Trac, and high-performance ABS) are all fully integrated.

The result is that the new Prancing Horse 12-cylinder accelerates from 0-100 km/h in 3.1 seconds and from 0 to 200 km/h in 8.5 seconds. It also completes a lap of the Fiorano circuit in 1’23”, faster than any other Ferrari road car. Benchmark performance and maximum driving involvement are guaranteed by immediate turn-in, with smaller steering wheel angles, and increased cornering speed. Stopping distances have also been drastically reduced.

The design of the F12berlinetta is a result of the collaboration between the Ferrari Styling Centre and Pininfarina and is a perfect balance of uncompromising aerodynamics with harmonious proportions interpreting the typical elements of Ferrari’s front-engined V12 cars in an original and innovative way. A coupé with sleek, aggressive lines whose compact exterior dimensions conceal exceptional in-car space and comfort. The all-new Frau leather interior highlights the balance of advanced technology and sophisticated, handcrafted detailing. In the middle of the light and lean dashboard, there are new carbon fibre and aluminium air vents clearly inspired by the aeronautic field.

The cabin has been optimised to ensure maximum usability of the interior space with additional luggage capacity behind the seats, which can also be easily reached thanks to the large aperture offered by the tail-gate. With the cockpit designed around the driver, typical of all Ferraris, the Human Machine Interface approach is emphasised, grouping all the major commands within immediate reach to guarantee maximum ergonomics for the most involving driving experience. 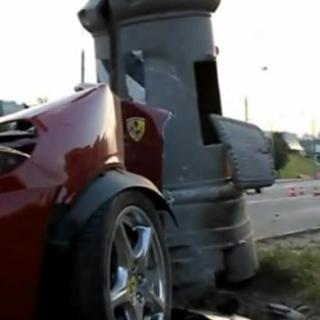 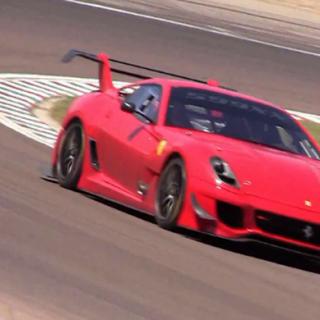 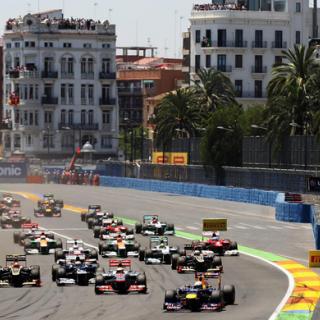 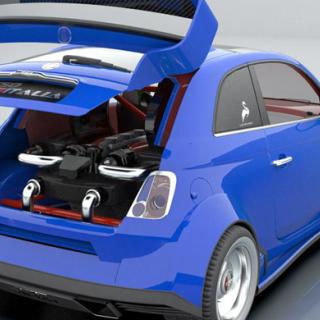 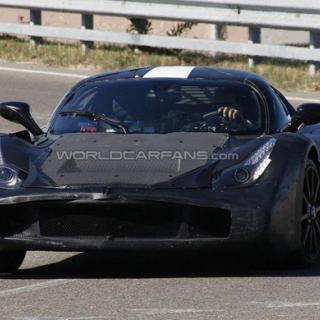 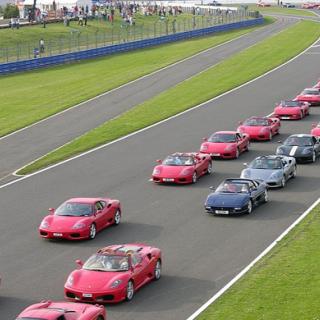 what is a 17 yo kid doing behind the wheel of a Ferrari anayyws?? I mean seriously I wonder where he will be in a couple of years with whatever he wants he gets where's the parental control? where's the values he's learning?huge tsk!

what is a 17 yo kid doing behind the wheel of a Ferrari aanyyws?? I mean seriously I wonder where he will be in a couple of years with whatever he wants he gets where's the parental control? where's the values he's learning?huge tsk!